The launch game Knack is a bit of a hit and miss. It’s a fantastic concept and brings some classic platforming style to the PS4. Knack himself is adorable, made up of bits and pieces of “ancient relics”, but just like his body, the game has some transparent faults. With all the new console, next gen and launch game madness Knack falls short of the hype.

Don’t get me wrong, Knack is a great game. Instantly, I would compare it to top titles like Ratchet & Clank and a few other brawlers. Most of us will never tire of running around and smashing everything in the game, it’s just fun. That said, Knack won’t take a degree in brain surgery to complete.

The graphics in Knack are supposed to be “something only the PS4 can pull off” which I’m sure is true. Alas, for all the next gen power this isn’t all that different looking than a PS3 title. The art style is younger with friendly-looking animated character designs and the imagery you’d expect in a game with an ESRB rating of E. On the surface at least, there doesn’t seem to be any graphics I haven’t seen before on the PS3.

As I said before, the gameplay is best described as a brawler with light puzzles to solve. Knack’s skill set includes a set of special moves. The special moves are pulled off easily with their corresponding button presses, nothing too complicated to handle. Knack can turn his compiled body into a destructive whirlwind force, the Tornado, or crush the ground with a destructive force, the Shockwave. Further in the story, Knack will learn to project some lightning with a Ranged Attack. Special moves run off the energy collected from broken crystals, Knack can hold only a finite amount of crystal energy. Knowing when to hold off using power and when you can cut loose will be the key to beating the harder levels.

Among the crystals you’re bashing there are (the almost expected) secret rooms containing items. These items unlock different game utilities. Besides the basics such as the Special Power Extender and Relic Finder I have yet to unlock anything really useful. Knack has a bonus free iOS app called Knack’s Quest, which adds a (small) dimension. The game app itself is derivative of Candy Crush. Match three shapes to knock them out for points. The app’s purpose is to unlock items in Knack to help you collect all the secrets back in the PS4 game.

Knack is well-to-do but won’t hit your next gen expectations, whatever they should be. If you’re looking for justification of your new system in this single launch game, you might be let down. If you’re a big fan of platformers like this, than you in for a treat, albeit a short one. The story of Knack sums itself up in twelve levels with some modest replayability.

This may be the first of a few posts on the new PlayStation 4 console. There is way too much to go over in a single journal entry, and ideally, this is something that we are going to be discussing for years to come. I’m fully aware that the PS4 is “just a game system”, however it is also, IMO, THE next generation console to own. It’s the dawn of a new era of gaming, how the future will unravel remains to be seen. Read on to hear my first impressions.

The new system is lightweight. The weight of the console was the first thing I noticed when unboxing my new PS4. Next, was the angular shape of the system, which is super sleek. Standing vertically the console is about two inches shorter than the PS3 (fat). Plug it in and you’ll notice this silent, ninja machine remains completely jet black except for a pulsing line of blue light along one side. The light beats like a heart made of voxels. Disks play very silently, no more jet engine noise like the PS3. I’ll note that the disc drive is reversed and discs are now inserted in the opposite direction; a fitting change for what i’d say looks looks aesthetically “next-gen” to me.

Really soothing music throughout the new interface. Very Japanese, like something you’d hear in a futuristic zen garden. At first the sounds reminded me of the Nintendo GameCube. It only takes moments to get used to the new operating system.

The real prize is the shape of the DualShock 4 controller. It is ideal, the legs push against your palms in a welcoming fashion, giving you a solid grip. The analog sticks are very responsive and have a bit more “spring” than the DS3. You cannot turn off the controller without turning off the system far as I can tell. This means you can’t shut off the Dualshock to save battery while the system is on. Good idea: plug it in while watching movies. This is important, especially if you haven’t purchased a second controller yet, because the battery life is quite short. I worry about the new, matching blue light on the controller draining the battery quicker.

Social networking is front and center on the PS4. The system will prompt you for your Facebook account upon initial start up. Really, take the five minutes to explore your privacy options here. You can swap your PlayStation avatar name with your real Facebook information if you like. You can also access Twitter via the Settings menu. This new link to online allows anyone to post photos or short video clips from their system when ever you like.

Streaming is now available to everyone. Once reserved for those with the equipment and knowledge to pull it off, the power to share your game play is available from the console itself. Through either Ustream or Twitch you can share your own gameplay live.

I’m very happy with my purchase, I enjoy being in on the ground floor. That said, it freezes. There is a OS patch 1.51 which is going to help with that. I’m sad about the short battery life in the controller. Turning off the system give you two choices: All the way off and Standby. Standby seems to basically leave the system on and I’m concerned about overheating. I overheated my PS3 once by simply leaving it on all day then playing all night.

External Apple keyboards work just fine, if not better than the PS3. The PS3 required constant registering of Bluetooth devices. The PS4 seems smarter and you just have turn on your keyboard after initially registering it. The USB cord that connects the controller to the system is noticeably longer. You can be plugged in and still be a decent distance from the system.

Now I’m trying to determine the necessity of a HDMI Splitter. Splitters unlike switches are used for a whole other purpose. I just want to be able to toggle between my PS4 and PS3 from my couch. I’ve been researching a few models and there are manual switching versions and auto-switching versions with prices ranging from 14-300 dollars. Sure I could just switch the HDMI cable manually (and lucky can use the same HDMI wire) but due to the internet chatter over bent HDMI ports I have some concern.

I’ve put off my mission to finish GTA5 temporarily to explore some PS4 launch games. Basically, I have two brawlers on disc: Knack and Lego Marvel Super Heroes. Downloads through PS Plus I have Resogun, Contrast and Warframe. Having previously purchased Flower I was able to redownload the new PS4 version. Some of these I haven’t even started yet! More on these launch games and a GTA5 progress report soon.

PS4 Releases on My Radar

With less than five days left until the PS4 arrives at my doorstep, it was time to make some decisions on games. The games I’m most interested in for the PS4 are not being released until 2014. Although disappointing, 2014 will be here before you know it. I imagine that many gamers will still be shopping searching for a next-gen system for quite awhile. 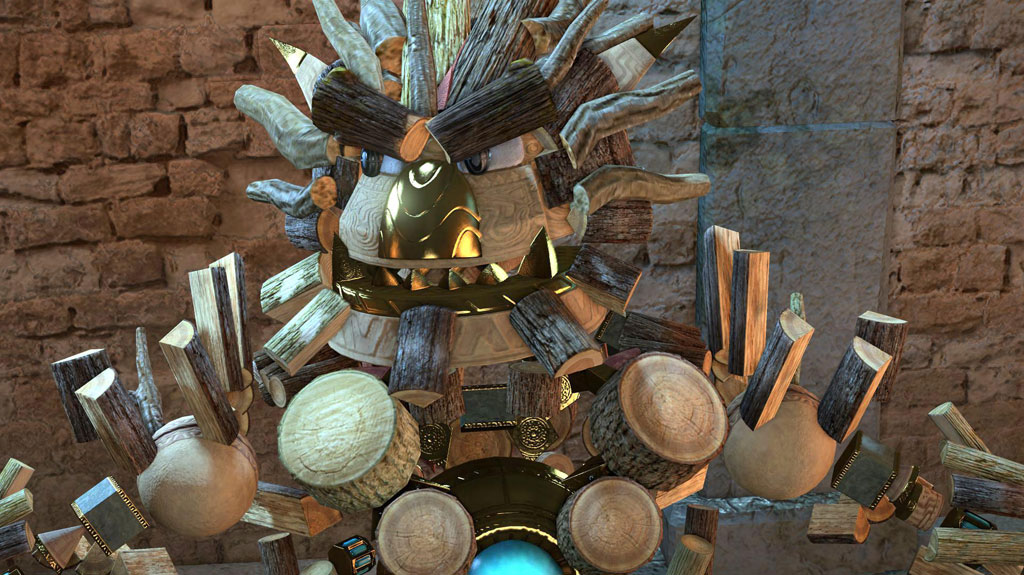 The one launch game I am purchasing is Knack. An new IP from one of the developers of the PS4 system. Knack was designed by Mark Cerny, the lead architect of the PS4 and takes advantage of the PS4’s ability to animate more objects and AI. Knack is a short, cute little character. Thanks to the power of ancient relics, he can control elements from his surroundings to transform him into a much larger, brute version of Knack. This graphical effect is made possible using the latest tech available only on the PS4. The story and the mystery surrounding Knack remains to be known, but I’ll get to see hands-on very soon. I expect this game to show off many of the new features the PS4 has to offer.

I’m holding out purchasing the rest of the launch line up for two reasons. One, I’m waiting on some game reviews to come in, it’s way too easy to spend the $65 on a dud. Second, PS Plus members (ME!) are receiving the benefit of the “Instant Game Collection”. Two launch games are available Resogun and Contrast. Resogun is a two stick shooter that looks promising, in the vein of Super Stardust Delta (a launch title for the PS3.)


Some of the great 2014 prospects that I’m most interested in right now are:

If you are looking for some more facts about the new PS4 system look here on the PS Blog. Definitely, looking forward to un-boxing mine later this week. I’m very curious about the new operating system changes and playing the new games, of course. Enjoy launch week, and in case I got you wondering, Netflix will be available day one.

Theme by Anders Noren — Up ↑